Over the weekend I saw an Internet Explorer 9 commercial. It caught my attention mostly because of the surprise I experienced. It has been clear for some time to me that Microsoft has given up on dominating the browser market.

Which brings me back to the commercial I saw. Why, I wonder, is Microsoft investing in advertising a browser that is shrinking in its share of the market? I was on an “off” channel not one of the main networks’ main channels. If you’ve given up the market already, why would you invest in advertising?

While I may never know Microsoft’s reasoning, I can draw the following conclusions for how not to grow my business:

But the positive take away from Microsoft continuing to advertise IE 9 is to never give up. I speak with a lot of competitors that give up after a couple of tries at something. I have found that some of our best clients come through persistence – especially in following up with someone who has expressed interest but hasn’t responded yet. More often than not that persistence is met with “Thank you for not giving up. I was so busy I didn’t respond but now I’m finally getting caught up.”

Well really it is your computer that is getting livelier but it sounds better (scarier?) to say the Internet. I have asserted for years that my kids will be able to reminisce “remember when computers used to be 2D?” That time is quickly drawing near.

In the 70’s and 80’s we heard a lot about how technology built for NASA worked its way into our everyday lives. Now that model has changed – technology built for cutting edge games is working its way into our lives.  I thought it was kind of cool when ESPN set up cameras across the football field so they could give us views almost as though we were in the action – just like many of the video games my kids play.

But late last year Microsoft rolled out a new technology called Kinect that lets you be the game controller. That is pretty cool. Whether you’re driving, dancing or a variety of other activities, your movement is what controls what happens on screen. Seems pretty cool for game technology.

Now pause and think how that could affect your computing experience. If you’re creating a new design, instead of drawing with a mouse, wouldn’t it be cool to draw with your finger – not on the screen but on your desktop? If you’re an architect, wouldn’t it be cool to build a house or building with your hands and have it show up on screen? Med students could perform surgery, rocket scientists could build spacecraft, and the list of possible uses just goes on and on.

Some of the cool things that Tony Stark does in the Iron Man movie as he builds himself a new iron man suit might not be that far off. Add some Kinect-type technology to hologram technology, and you’ll be able to build your own Iron Man suit – well maybe we’re not quite there yet but these technologies are developing.

How does that affect you? You might be done with school but the technology will affect us all. Wouldn’t it be cool to flick your finger through your emails without holding on to a mouse or touching a keyboard? Kiss double-clicking goodbye and greet the finger tap? Be able to dictate (did I mention it also incorporates voice recognition?) a lengthy letter (or chapter of your book) and then edit with your hands instead of having to scroll and click with your mouse and type with your keyboard? The potential impact, on our everyday computing experience, is immense.

And surfing the internet? No more clicking links – just point at them. Marrying Kinect to the Internet could open up some amazing possibilities. Have you heard the stories about people in remote outposts getting sick? Now instead of needing a full time doctor, you could take the right tools and the doctor could operate in Antarctica while sitting in her office in Houston. And being able to operate a robot from afar? Well maybe the movie “Real Steel” is not that far off either but there are all kinds of potential uses.

Learn more about Kinect at the Microsoft Kinect website.

What an interesting week this has been. I helped a wonderful couple from my church transition from their old computer to a newer XP computer. It was interesting when they first called because I asked them what operating system was installed. “Thelma” as I’ll call her, replied that she wasn’t sure.  I asked her to click on the start button but she couldn’t find that either. When I arrived, I turned on the computer and it was on almost instantly. Have you got it figure out yet? This was a 486 computer running DOS and Windows 3.11.

The thing that stunned me was how quickly it was ready to go. Even my faster computers will take 45 seconds or longer to boot up. This one was ready in less than 10. But of course it was Windows 3.11 so there wasn’t alot that could be done on it – although I did notice that it had an AOL icon so theoretically they could have gone online.

Why write about this now? Well our friends at Google are trying to take us back to the days of instant on with their new Google Chrome-OS.  They have had Google Chrome – the browser – out for awhile and it works pretty well (though I still prefer Firefox). Their next step is to have an entire operating system that boots quickly and basically just connects to the web from which you can access everything you need. Afterall, with Google Docs and all the other Google apps, what else do you need?

I have to admit it would be nice to have an instant on system that meets 21st Centry expectations of performance and usability because it was nifty to see how quicky that old computer fired up.

A couple of months ago I wrote about the overwhelming feeling I had every day when my inbox was over-stuffed. I was pushing 2000 messages just in my inbox – and I was doing a lot of filing of messages then. Well I am happy to report that I have stuck with the program. Back then I whittled my inbox down to 6 messages.

Right now my inbox is bloated up to 38 messages. 15 of those will be removed as soon as I take care of the small tasks associated with them. Now don’t get me wrong. Other than spam, I don’t throw anything away. I’ve got emails dating back to 1999. But instead of letting them fill up my inbox, I regularly file the messages away to where they belong.

Even if there is a “to do” associated with an email, I can flag it or categorize it and then file it. With Outlook 2007’s powerful search tools, the flag or category let’s me know I need to follow up with it. And it feels so good to turn off a due flag on an email and watch the “For Follow Up” search category go down by one.

So if you are sinking in your inbox, set aside the time to clean it out. Once its clean, be ruthless. Make sure you come back to it each day or each week and whittle it down. Do I need this email? Does this email represent a to-do for me? Where can I file this email? Does it belong to a specific category? All of these questions can help you figure out where to put the email.

One final confession: I have learned to delete messages as well.  Yes, I had to face it – some emails, like a single word “yes” in reply to a question I asked, might not be worth keeping.ikoni

We’ve been giving and receiving Outlook training this week and it hit me how important it is to stay focused with productivity tools of which Outlook continues to be one of our most important. In an office environment, using Outlook as the front end to an exchange server gives lots of opportunities for sharing schedules, assigning tasks, sharing calendars, and storing emails in public folders so that others in the company can easily access the same information.

Outlook 2007 is a powerful tool whether in a business environment with Exchange server or as a standalone program. The search component in particular is powerful. I have on my Outlook Favorites the search folders Unread Mail and For Followup. You can also add particular category searches that help you to stay connected and keep moving forward. The To-Do bar on the right side of the screen is a handy tool that you can expand or hide to meet your needs but when expanded shows your upcoming schedule and flagged emails.

Another productivity tool that I use in conjunction with Outlook is Jott. I’ve written about Jott previously but it is a great time saver if you’re out and about a lot. I can call Jott to send myself emails, ask for reminders that will come to my phone and email, or send an email to anyone in my address book. Yes, from my phone. So when I’m driving down the road and remember that I need to confirm an appointment via email, I can call (using my hands free bluetooth device of course) and tell Jott to send an email to Ted, letting him know that I’ll be at the breakfast meeting on Friday and Ted will get the email.

Between Outlook, Exchange and Jott, I manage to stay organized and on top of my schedule and keep my productivity high. 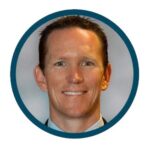