We resell the hosting services of a company called HostGator. We have used them for a couple of years and generally have found them to be quite good. We also talk about how to use Twitter for reputation management and customer satisfaction. So it was no surprise that I was following @hostgator on Twitter.

We recently finished a larger site that gets a lot of traffic and makes numerous calls to the database with each visit. For the first month, the site ran like a charm, with no errors. Then suddenly about three weeks ago, I came to work on a Monday and had an upset customer because none of the images were showing up. So I went to HostGator, they “resolved” the problem and, because of my questions and concerns, assured me it wouldn’t happen again.

And it didn’t happen again. Until the next weekend. On Monday I had a customer getting less patient with us. I turned to the HostGator online chat again and after they resolved the issue again “Oh, it was a different issue this time but we have definitely resolved it.” I was told. And it stayed resolved. Until the next weekend and on Monday, as I was going through the online chat, I also sent a tweet about my unhappiness with hostgator.

Soon I had a Twitter reply from @hostgator asking if they could be of assistance. After a couple of exchanges with @hostgator, I sent my ticket number. Within an hour I had both an email and a phone call from a level 3 technician at HostGator. He quickly helped me identify that the problem had not been resolved and that it was a coding issue that I needed to fix. I had asked, in each of my three chats with HostGator, if there was a problem on my end and had been assured that there was nothing I could or should do. Once I knew there was something I could do, I did it and had the issue fixed within a day.

This is definitely a Twitter success story. When working through normal channels I was not able to get my problem resolved. A few tweets later I was talking to someone who could actually identify the problem and point me towards a solution. Twitter is awesome and this is another example of how any company can use Twitter to monitor and maintain their reputation. But I have to say that HostGator let me down. I shouldn’t have had to start tweeting about this in the first place and I find it odd that I couldn’t get the support I needed from HostGator through their normal channels. Yet when I sent out a tweet, I was able to cut through the red tape and get right to the solution. 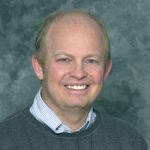